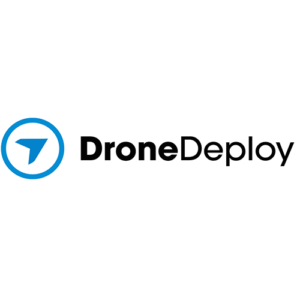 DroneDeploy provides Powerful Drone & UAV Mapping Software for SMB and enterprise-sized organizations across a number of verticals, including construction, agriculture, inspection, mining, roofing, solar and drone services. DroneDeploy’s technology utilizes a live mapping solution – powered by edge computing and a sensor that can attach to nearly any drone hardware – to deliver unlimited flying, mapping, and sharing via its intuitive mobile and desktop applications.

While the white-hot drone industry continued to garner attention from business and trade (agriculture, drone, construction) media, and 10Fold’s support for DroneDeploy – arguably the press “darling” at the time – had an impressive repertoire of coverage to show for it, the in-house marketing and 10Fold account teams agreed that it was time to elevate the brand beyond the current surface-level conversation; which had focused on drone services, and potential benefits.

The 10Fold team was tasked with supporting a company-wide shift to focus on amplifying the brand’s permeation of the enterprise market by illustrating its ability to scale support to meet Fortune 500 demands by reaching the client’s target audience – IT decision-makers at enterprise-sized organizations – via strategically-placed coverage in top-tier tech publications.

10Fold needed to back DroneDeploy’s corporate value propositions with solid messaging that not only spoke to a more technical audience, but also aligned with a cutting-edge technology story that the press would deem newsworthy. The team got to work identifying the three factors that would drive success:

Fortunately, a combination of the team’s compelling story line – paired with an already positive relationship with the editorial staff at IDG – landed the client the “superfecta” they were looking for, and more! In addition to landing CIO, Networkworld, PCWorld and ITWorld, the team secured a number of placements in key trade publications, as well as The Next Web.

DroneDeploy experienced a 387% increase in share of voice, beating out competitors Pix4D, Skycatch and Airwarve. Total coverage placements increased from less than 40 to over 160 articles in one year.