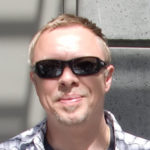 The Super Bowl is the crowning glory of sports in the United States, but it hasn’t been without it’s mishaps. They aren’t the last minute fumbles, missed field goals, or obvious interceptions either. They’re those unfortunate outside incidents that stopped or changed the course of the game. In many cases, today’s real time technologies could have been applied for simple fixes to the unforeseen mishaps of modern technologies.

In 2013, there was a power outage during Super Bowl XLVII. The outage was ironically caused by a device specifically made to stop power outages. The equipment sensed an ‘abnormality’ and decided to open a breaker which cut the power to the field for 34 minutes.

Smart Grids could have saved the day.

Multiple sensors would have been measuring voltage and current levels throughout the stadium and correlating this with expected usage. Multiple breakers for redundant circuits would have been in place, with analytics software checking for normality and rerouting power as necessary. The lights may have dimmed, or non-critical systems like indoor heating or bar lighting, turned off, but the game would have gone on.