PR media relations is beginning the next step in its evolution, and the four biggest implications can be seen in the 2015 Business Wire Media Survey. 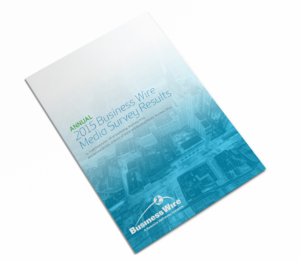 Based on the Media Survey, it’s becoming more crucial than ever to know exactly what journalists are looking in a press release. Primary focus needs to be centered on the story, not mixed media assets PR pros have relied on in the past.

Enjoy your read? Be sure to share and browse our other blogs as well!